Nick: “We complete each other in the nastiest, ugliest possible way.” Amy: “I’m the bitch who makes you a man.”

Nick: “We complete each other in the nastiest, ugliest possible way.” Amy: “I’m the bitch who makes you a man.” 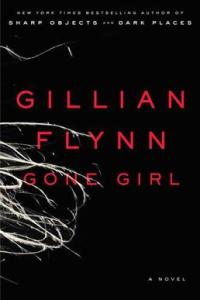 Gone Girl is a 2012 thriller novel by American writer Gillian Flynn. Flynn also wrote the screenplay of the 2014 American film by the same name directed by David Fincher and starring Ben Affleck as Nick Dunne and Rosamund Pike as Amy Dunne.

According to Flynn, the book explores the psychology and dynamics of a long-term relationship. Flynn says that she wanted to examine how people within a marriage lie to each other: “marriage is sort of like a long con, because you put on display your very best self during courtship, yet at the same time the person you marry is supposed to love you warts and all. But your spouse never sees those warts really until you get deeper into the marriage and let yourself unwind a bit.”

The novel’s principal suspense comes from uncertainty about Nick, and whether he is involved in the disappearance of his wife, Amy. But, let’s look at the story and characters from a personality perspective as Flynn unquestionably did. Who are the personalities? Why are they at first attracted to each other? What goes wrong in the relationship? Although on the surface, Gone Girl may seem like a story about a “psycho bitch” murderess with no meaningful bearing on “normal” relationships, it is really a literary dramatization of a relationship pattern as old as humanity itself.

The romantic relationship between Nick and Amy is one of “opposites attract.” It’s the “shadow” theory of attraction, in which a person is attracted to that which one has not developed, expressed, or lived out in oneself. Our psychological opposite represents the rejected, abandoned, or unlived half of ourselves. In each other, Nick and Amy are seeking the completion of themselves by their opposite.

Amy is a pointy-headed, psychic tyrant turtle (the Revolutionary or INTJ).  [Review Personality Traits] The Revolutionary’s strengths include intellectual clarity, accurate interpretation of perceptions, and visionary insight. Revolutionaries are most notable for contingency planning. As Amy tells Nick before impregnating herself with his sperm: “Always have a back up plan to the back up plan.” The Revolutionary’s weakness is a lack of awareness of external realities—they can get lost in an imaginary world that exists only inside their head.

Nick is an eagle-eyed, bleeding-hearted hippie puppy (the Traveler or ESFP). The Traveler’s strengths include performing for others, external sense perception, pursuit of sensual pleasure, and taking delight in the outer world. The Traveler’s weakness is visionary insight. Nick is the “cool-ass Brooklyn party boy” who “carries himself like he gets laid a lot.” Like a detective, he notices every detail around him, but he can’t understand what’s going on inside Amy’s head.

Let’s look closer at what makes Amy the Revolutionary and Nick the Traveler.

Turtles (introverted types) are inwardly focused, idea-oriented, and guided by internal values. They enjoy solitude, must understand life in order to live it, and prefer to think before acting. We learn that Amy is a turtle at the party where she first meets Nick: “I am not interested in being set up. I need to be ambushed, caught unawares, like some sort of feral love-jackal. I’m too self-conscious otherwise. I feel myself trying to be charming, and then I realize I’m obviously trying to be charming, and then I try to be even more charming to make up for the fake charm, and then I’ve basically turned into Liza Minnelli: I’m dancing in tights and sequins, begging you to love me. There’s a bowler and jazz hands and lots of teeth.”

Puppies (extroverted types) are outwardly focused, activity-oriented, and guided by external conditions. They enjoy groups, must live life to understand it, and prefer to act before thinking. Flynn introduces Nick as a man who “wears his cockiness like an ironic T-shirt, but it fits him better.” Nick’s natural need for affirmation of his self-worth by others—a need unmet by Amy—is one of the central conflicts in the relationship.

Psychics (intuitive types) are intuitive and imaginative, interested in possibilities, and more conceptual than factual. They learn by understanding, seek creative inspiration, and trust impressions. Amy’s anniversary treasure hunt clues reveal her psychic perception, and her idealistic impressions of Nick and marriage—ideals Nick does not understand and fails to live up to. This disconnect forms another of the main conflicts in the relationship.

Eagle eyes (sensing types) are practical and realistic, interested in the here and now, and more factual than conceptual. They learn by familiarization, seek physical sensation, and trust experience. Nick notices every sight, sound, smell, taste, and touch, but he cannot understand Amy’s mind games. In his best year, Nick is only able to figure out 2 of 7 treasure hunt clues.

Pointy heads (thinking types) are objective, impersonal and logical, brief and businesslike. They decide based on true or false, enjoy debate, and seek truth. Pointy heads are more often men than women. But Flynn reverses the typical gender roles and casts Amy as the most impersonal of pointy heads, one capable of dispassionately framing her husband for her faked murder and killing in cold blood to get what she wants.

Bleeding hearts (feeling types) are subjective, personal and emotional, warm and tactful. They decide based on what they like or dislike. They dislike conflict and seek harmony. Nick is a mama’s boy who adores his bleeding-hearted mom. He despises his abusive pointy-headed father, but is nonetheless left without a male role model for understanding and communicating his positive emotions. Nick’s inability to be tender and nurturing makes Amy feel unappreciated and unloved.

Tyrants (judging types) are decisive, opinionated, and inflexible to change. They are orderly and organized and like routine. They are more judging than accepting of others. After she marries Nick, we learn that Amy is controlling and self-righteous. She is an uber-talented perfectionist. Nick’s inability to live up to Amy’s exacting standards makes him feel inferior and denies him the external affirmation of his self-worth that his happiness requires.

Hippies (perceiving types) are inquisitive, open-minded, and adaptable to change. They dislike routine, are spontaneous and playful, and are more accepting than judging of others. We learn early on that Nick is a hippie when he says of himself after waking at exactly 6:00 am: “I rarely woke at such a rounded time. I was a man of jagged risings: 8:43, 11:51, 9:26. My life was alarmless.” Although he admires Amy’s decisiveness, planning and execution, Nick feels oppressed under the weight of her constant judging—nothing he does is good enough for her.

The haze of infatuation soon wears off amidst the stress of job loss, financial pressure, ailing parents, and relocation. The unexpected loss of her trust fund and move to Missouri, combined with disappointment in Nick’s behavior after his layoff, lead Amy to focus obsessively on Nick’s shortcomings. Nick comes to feel like “the idiot who lost his job, the dope who forgot to put the toilet seat down, the blunderer who just never quite got it right, whatever it was.”

Nick is stressed out by his lack of control over external circumstances—technology, his job, his parent’s health, his financial security—and his limited options for improving his situation.  Stress causes him to misinterpret Amy’s behavior toward him and become internally confused. He feels unloved and is sure that Amy no longer loves him. Although strongly committed to marital fidelity, Nick falls into a sexual relationship with a 23-year old student and sincerely believes he is in love with her. When she finds Nick with another woman, Amy rebels against the world by planning her own suicide and framing Nick for her faked murder.

Boy Gets Girl Back (Or Vice Versa)

In saying her final good-byes to Nick through her fifth anniversary treasure hunt, Amy begins the process of reconciliation in a letter marked with a heart left for Nick to find inside his father’s house: “Hi Darling, So we both have things we want to work on. For me it’d be my perfectionism, my occasional (wishful thinking?) self-righteousness. For you? I know you worry that you are sometimes too distanced, too removed, unable to be tender or nurturing. Well, I want to tell you that isn’t true. You are not your father. You need to know that you are a good man, you are a sweet man, you are kind. I’ve punished you for not being able to read my mind sometimes, for not being able to act in exactly the way I wanted you to act right at exactly that moment. I punished you for being a real, breathing man. I ordered you around instead of trusting you to find your way. I didn’t give you the benefit of the doubt: that no matter how much you and I blunder, you always love me and want me to be happy. And that should be enough for any girl, right? I worry that I’ve said things about you that aren’t actually true, and that you’ve come to believe them. So I am here to say now: You are WARM. You are my sun.”

Nick, realizing that he must lure Amy back in order to avoid murder charges, continues the process of reconciliation by telling Amy what he knows she wants to hear: “My wife, she just happens to be the coolest girl I ever met. How many guys can say that? I married the coolest girl I ever met… I did a bad thing, an unforgiveable thing. I can’t make any excuses for it. I let myself down—I’ve never thought of myself as a cheater. It’s inexcusable, it’s unforgiveable, and I just want Amy to come home so I can spend the rest of my life making it up to her, treating her how she deserves.”

In the end, Nick and Amy realize that they have come to know each other better than anyone in the world and reunite to start a family. As Nick puts it, “All this time I thought we were strangers and it turns out we knew each other intuitively in our bones, our blood. It was kind of romantic. Catastrophically romantic.” And, as Amy mused before she first met Nick, “isn’t that the point of every relationship: to be known by someone else, to be understood? He gets me. She gets me. Isn’t that the simple magic phrase?”