Confessions of a Sociable Turtle (Introvert)

I am a walking contradiction. I am probably the most outgoing, social, expressive turtle (introvert) in existence. Realizing this however was not the easiest discovery, and it actually didn’t happen until my transition into adulthood. But most likely, this all started in my childhood.

“If you’re a puppy, congratulations, I spent 23 years trying to be you. If you’re a turtle, welcome. You are officially out of the closet.” 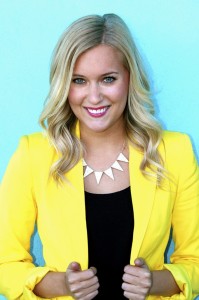 I am a walking contradiction.  I am probably the most outgoing, social, expressive turtle (introvert) in existence. Realizing this however was not the easiest discovery, and it actually didn’t happen until my transition into adulthood. But most likely, this all started in my childhood.

As a young child, being social was definitely not an issue. At one point my dad recalls me actually jumping out of his mustang convertible as a four year old so I could go dance in a complete stranger’s yard (clearly there was a band playing, I’m not that weird.)  I liked people, and people liked me. Being raised by the queen puppy (extrovert) also had a lot to do with this.  It is completely natural for any daughter to want to mimic her mother, especially when her mother is a charming and animated soul. Other aspects of my personality make it very easy for me to imitate others, so I was an expert at masking myself as a princess puppy.  Whatever my mother did, I took notice and tried to beat her at her own game. I was lead in the school musical, was voted into the homecoming court, and had plenty of dramatic and high maintenance friends. Yet for some reason I had the annoying feeling that I was always putting on a show. For 23 years. Completely exhausting.

Needless to say, at age 23, a quarter life crisis was officially happening two years too early.  While in the midst of a three-year graduate counseling program, aka living under a rock, I realized not only was I not as extroverted as my mother, but I was possibly introverted. Panic. My entire self-identity was falling apart before my eyes. How could this be possible?! As my mind reeled, I stopped to reflect on some of my life decisions. I did choose a profession that deals with one on one communication, and forwent the television-broadcasting route. Hmm. I also was terrible at keeping up with people, and frankly chose not to put much effort into improving that. I mean they can just call me if they have something to say, right? I also chose to live at home multiple times throughout my life for a financial benefit and sacrificed my social life simultaneously. Such a turtle move.

Once I accepted the inevitable truth, that I, an outgoing enthusiastic individual was indeed a closeted turtle, my life began to take form.  I came out of the closet if you will, and became much more comfortable with my own stance on life. I stopped forcing myself to anchor little things like my choice of music (strange), sense of style (pretty terrible), and hobbies (can 24 years olds still pull off arts and crafts?) in other people’s preferences. I stopped trying to be plugged in with all the movers and shakers of the world and grew into being a plus one (a charming one, nonetheless.)  I took time for myself and developed hobbies meant for one—and it felt good. I even started dating a puppy who craved the spotlight, and didn’t feel the need to compete. In fact, I felt even more comfortable in my own shell.

Understanding that I do better when I view the world from the inside out was ground breaking.  It’s difficult being a turtle raised in a puppy world, because you either can choose to do things your own way, or you can choose to conform.  Luckily, conforming actually allows you to develop a different side of you, which is how I developed my “puppy mask.”  However, it brings confusion to your true identity.  Even as an eight year old, my mother does not recall me calling a single friend to come over and play. Not one. Yet I was convinced I was a happy social puppy. Therefore, I strongly encourage everyone to seriously consider these two orientations and give some hard thought as to whether you belong in the turtle or the puppy camp.  If you’re a puppy, congratulations, I spent 23 years trying to be you. If you’re a turtle, welcome. You are officially out of the closet.